Diary of a conductor

A new score has landed! My 2014/15 season finished on a high with a performance of Brahms Symphony no.3 at the Frome Festival, one of my favourite gigs of the year. When my weighty copy of Rachmaninov's 'Symphonic Dances' is handed to me, it’s my cue to get cracking on the new season which kicks off with Brunel Sinfonia in November. I love turning the pages on a new, unfamiliar piece, it opens the door on an exciting unknown musical world.

The story behind the score

With each new piece I conduct, I start by reading up on when it was composed, premiered, anything in fact that will help me understand the music as best I can. So, a few facts about Rachmaninov's 'Symphonic Dances':
it’s his final composition, composed in 1940

The right recording for the job

My next step is to sit with the score and read through whilst listening to a recording. I’ve plumped for the London Symphony Orchestra in this case, a great orchestra with a really strong heavy sound. Their conductor, Valery Gergiev enthralled me with his presence and charisma when I saw him conducting Shostakovich Symphony No. 4. Given that he’s as Russian as they come, he’s perfect for Rachmaninov.

That’s the easy bit out of the way. Once I’ve got the music under my skin, it’s time for the hard work. Let rehearsals begin!

As we're not able to rehearse or hold concerts at the moment, we decided to have a go at creating our own lockdown video!  17 members of Brunel Sinfonia were involved in recording a performance of Elgar's Nimrod from the Enigma Variations: trumpet, wind quartet and lots of strings.   We hope you enjoy it as much as we enjoyed creating it.  Our next project is a cello arrangement of Elgar's Serenade for Strings, so watch this space... 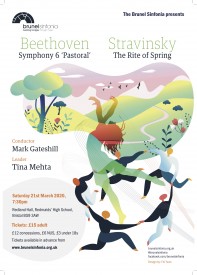 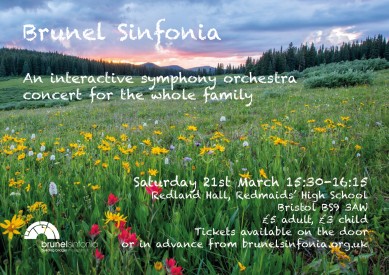 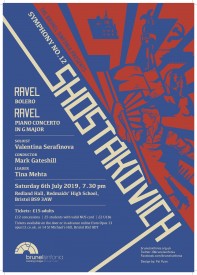 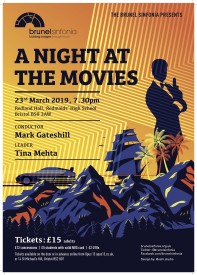